Hamilton's rule as a tautology.

Wilson and Nowak have published a new 'perspective' on the evolution of sociality in ants. It combines "palaeontology, phylogeny, and the study of contemporary life histories" to try to give more insight in to this question. This is their latest addition to a long running debate, between these two Harvard professors and (it seems) almost everyone else in evolutionary biology, on whether Hamilton's rule explains social evolution. After earlier attempts to provide mathematical models of the evolution of sociality in ants, bees and wasps, Wilson and Nowak seem to have returned to a more natural history based description. However, as Iain Couzin pointed out on Twitter they "argue for the need for a mathematical description, but provide no mathematical description". 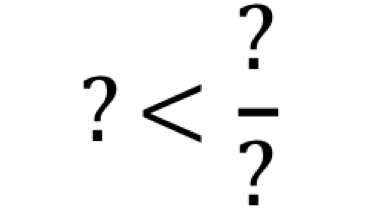 I have a love/hate relationship with literature on the 'evolution of co-operation'. It usually involves nice mathematics and undergraduate maths students enjoy doing projects on it. But my main problem is that it does not produce empirically testable predictions. In the past, many of the papers by Nowak, his co-workers and other mathematical biologists working on the evolution of co-operation problem don't really specify what type of biological system they are trying to represent. With the exception of the current paper, Nowak's group appear to have settled on humans and this is fine, but prior to this he proposed various abstract rules of co-operation that were fun, but lacked experimental prediction.

It was slightly ironic then that Nowak et al. (2010) decided to so forcefully attack Hamilton's rule on failing to make empirical predictions. Hamilton's papers are full of empirical predictions, and as the 100+ authors who replied to the 2010 paper point out, it is helpful in settings ranging from sex allocation to parasite vigilance.

BUT, and this is a capital letters 'but', the paper by Nowak et al. (2010) was not about these other settings, it was about the evolution of eusociality, as defined by Wilson himself. Explaining eusociality has to be done in terms of the social interactions of animals or other organisms. And Nowak et al. (2010) are correct in their key point. Hamilton's rule is not a general equation for evolution of mechanisms. It is the other way round. Once we have described the mechanism for gene flow and social interactions it is possible to find a Hamilton's rule that gives the condition for the evolution of co-operation.

At first sight, this might appear to make Hamilton's rule extremely powerful. Hamilton's rule shows us that properly calculating costs, benefits and relatedness between individuals tells us the course natural selection takes. Hamilton’s rule can then be thought of as a fundamental accounting rule that must hold in order for a particular behaviour to evolve. But the same thinking shows a serious weakness. Hamilton’s rule becomes a tautology, a statement of necessary truth. By summing up costs and benefits in the right way we can find a Hamilton’s rule for every biological system. Instead of producing fundamental understanding, discussing Hamilton’s rule becomes an argument like whether we should add the rows or columns first when summing all entries on an Excel spreadsheet.  Different methods give the same answer, and there is no reason to call either method fundamental.

To illustrate this, Nowak et al. reformulated Hamilton's rule as

where the ‘something’ was whatever came out of making the world fit in to Hamilton’s rule. I think this equation makes the point extremely well. Relatedness is of course important in evolution, but Hamilton's rule is a meaningless equation.

Together with two Laurents (Lehmann and Keller) a few years ago, we showed that one of Nowak and co-workers much touted 'new' rules for co-operation was just

where we could find the 'something c' and 'something b' from the underlying social interaction. At that point, we were stressing that there can't be 5 or whatever number of rules for co-opertation that Nowak was promoting at the time. Depending on how you want to look at it, there is only one (Hamilton's rule) or infinitely many. In hindsight I would have laid more stress on the "infinitely many" part than we did then, and this is what Wilson and Nowak's new paper stresses (although I don't quite know how Nowak reconciles his current position with the 5 rules he found earlier). Hamilton's rule (used in the context of population genetics) is the ring that binds all these different explanations of co-operation together, but only because it always applies. There is no such thing as magic.

I should point out that, while the 'something' equation in the Nowak et al. (2010) is interesting, the rest of the paper seems to me to be hyperbole mixed with a standard group selection model. The reply by Boomsma et al. highlights a serious problem with the explanation provided: relatedness is high in clades that have evolved to be social. High relatedness gives a simple and convincing explanation consistent with the reasoning Hamilton may have offered. This is good empirically grounded science. I will now have to study Wlison & Nowak's latest perspective in more detail to see if they can adress this point.