I am not one of those researchers who are "outraged" by Facebook's emotional manipulation study. Facebook, Google and Twitter make their living by manipulating our emotions. These companies continually manipulate  what we see when we go online, usually so we keep coming back for more. In this context, it doesn't seem so terrible that they sometimes use their power to make new interesting scientific findings.

I am however doubtful about aspects of the result presented in the new PNAS article. The authors claim to provide "experimental evidence for massive-scale contagion via social networks" and "first experimental evidence to support the controversial claims that emotions can spread throughout a network". What is actually provided is a rather weak effect. In the experiment, the authors removed between 10% and 90% of positive posts from people's news feed and found that the percentage of positive words used dropped from around 5.25% to just over 5.1%. I show the results figure from the paper on the right so you can see the results yourself.

So what does this result mean in terms of social contagion?  Imagine I have 100 friends on Facebook and 50 of them stop writing positive things online. If I write 100 words a day on Facebook, then according to the experimental results, during one week I will write a total of one less positive word. Maybe on Wednesday I'll write 'OK' instead of 'Good'. This lost 'good' will have almost no effect on my friends. Of the 70000 words they might read in a week (assuming everyone is like me and writes 100 words a day and has 100 friends)  one of them will be less positive. There is no way that this type of effect will turn in to a "contagion". My potential 'good' will be lost in a noise of 'likes' and smiley faces. Quite quickly everyone will recover from negative thinking and the balance of happy and sad words will return to normal levels.

The authors partially acknowledge my point saying that "the effect sizes from the manipulations are small" but claim that "the massive scale of social networks such as Facebook, even small effects can have large aggregated consequences". While this statement is true, my argument above shows that the aggregation works against contagion, not in favor of it. I could make this argument more thorough, accounting for interactions between individuals and calculating R0, but the result will be the same. The Kramer et al. study show that emotions are negligibly contagious on Facebook.

Overall, the Facebook study is a useful contribution to the literature and I am glad to see it published. What concerns me is how quickly an idea like 'online emotions are contagious' can spread without anyone checking the basics. Scientific ideas are contagious and often spread unchecked (although maybe I should check how strong this effect actually is before I make such claims :-) ).
Posted by David Sumpter at 11:58 AM No comments:

Often when  'collective behavior' researchers write grant proposals we highlight the possibility of our research inspiring future computing. The idea is that if we can better understand how ants, amoeba and fish solve problems in groups we can inspire new computer design. Everyone, from the grant writers, the reviewers, and the funding bodies take these claims with a small pinch of salt. Yes, one day we might build swarm computers, but it is a bit difficult to see how ants solving mazes really provides insights that are useful today.

A few years ago I led a research project on "Optimization in natural systems: ants, bees and slime moulds", funded by the Human Frontiers Science Programme. The team consisted of myself, social insect biologist Madeleine Beekman, slime mould expert Toshi Nakagaki, and computer scientist Martin Middendorf. Our research was very successful and we learned lots about the organisms involved. But, if I am honest, we never got close to translating our results in to real progress in computing.

Or so I thought…… A couple of weeks ago I read about Hewlet Packard's new computer, called The Machine. According to the HP press release the machine will vastly increase the speed of computing. From the news articles alone, it is difficult to work out exactly what revolution is contained within The Machine, but the word that comes up repeatedly is memristor. It is here that there is a link to collective behavior in biology.

The memristor is an electronic component which changes its resistance as an electric current passes through it. This change in resistance gives the memristor its memory. It also provides an exact analogy to slime moulds and pheromone-laying ants. Slime moulds connect food sources with tubes that increase in size with flow of nutrients and ants build trails which  become more attractive as the flow on them increases. In a recent paper we showed exactly how the analogy between electrical networks, slime moulds and ants are explained through current re-enforced random walks (the video on the right shows this algorithm solving a non-linear transport optimisation problem). Slime moulds, ants and The Machine compute in the same way.

The way these systems compute is fundamentally different from traditional computers. In a traditional computer the processor fetches from memory, performs an action, and updates memory. In memristor-based systems, memory and processing update simultaneously. This allows for massive parallel computation. One of the researchers working on our project in Uppsala, Anders Johansson, has proved that these systems can solve linear programming problems in a completely decentralized way. A small adjustment to the method can give fast approximate solutions to NP-hard problems. Anders has put some of his results written together with Toshi's group on the ArXiv and published a paper with James Zhou on the linear programming proof. But I haven't managed to get him to write up a whole load of other nice results he has on these systems. Maybe 'The Machine' will inspire him to get going.

In general, despite the skepticism I started this article with, I would encourage more researchers to think in terms of distributed electrical circuits and their links to biology. It is very likely that the human brain has aspects of this type of processing in its design. And whatever The Machine might be able to do, it still can't come close to our own brains.


Posted by David Sumpter at 1:17 AM No comments: 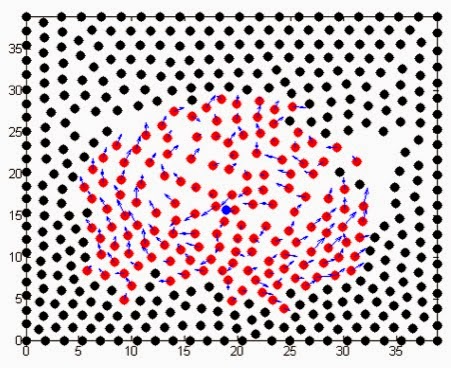 I am currently writing a 'Quick Guide' for Current Biology on moving insect swarms. I was inspired to write this by the recent work by the Rome group on midge and mosquito swarms. Their paper on collective motion of these Swarms is already available on arxiv, and will soon appear in a 'real' journal. This work was very nicely presented by Stefania Melillo and  Lorenzo del Castello at the recent Collective Motion 2014 meeting. My quick guide will focus on this work, and on some recent work by Derek Paley's group on mosquitos. And it will also take in honey bee swarms and locusts. 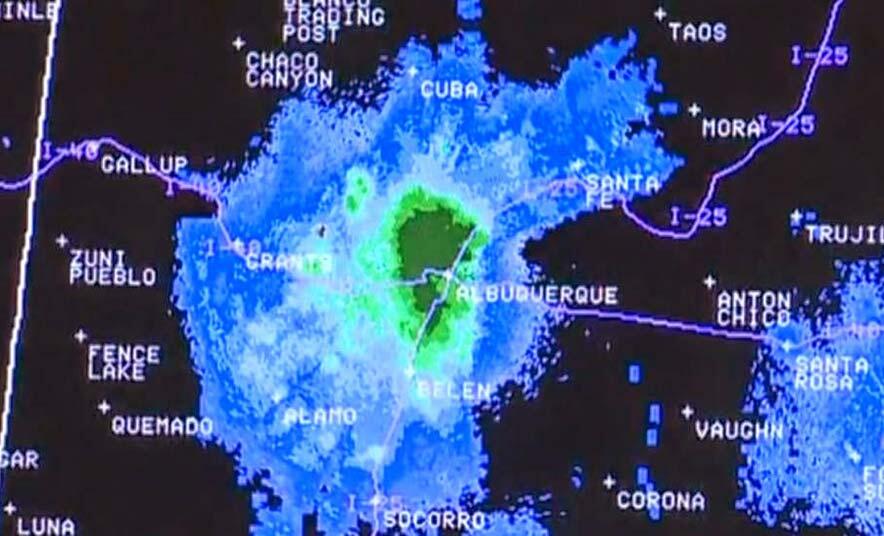 Flying insect swarms come in all shapes and sizes. Last week the USA national weather service found that a grasshopper swarm showed up on their weather radar. The images (on the right) show the sheer scale of the swarm, which was probably flying at 700 meters. This is still relatively small compared to locust swarms, which have been reported to have flown across the Atlantic. 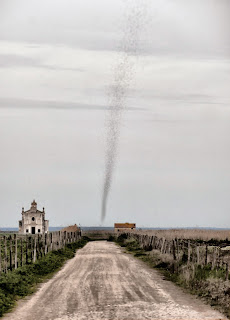 Although the mosquito and midge swarms studied scientifically are lot smaller than locust and grasshopper swarms, in the wild they can still be pretty impressive. The picture on the right is a "mosquito tornado" photographed by Filipa Scarpa. I have no idea what the mosquitos are doing here, but its pretty amazing.

If you have any more insect swarms you think I should cover in the guide, tell me. The deadline is the end of the month.
Posted by David Sumpter at 6:08 AM No comments: